A Dark Page in Current Days 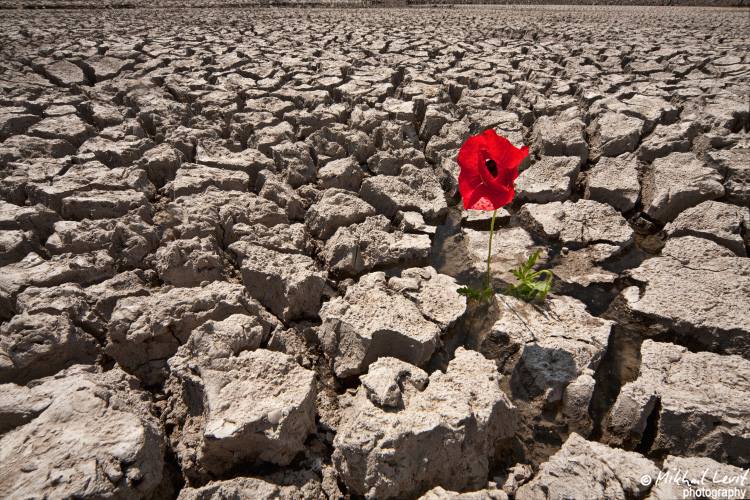 The mildest incident–mild because there was no loss of life–was in October, when Joseph’s ancient tomb in Nablus (the biblical Shechem), was torched by Palestinian-Arab rioters.

But there has been heart-rending loss of life in other cases. Four rabbis were among those murdered in recent weeks.

Two terrorists fired guns into an ambushed car, killing Rabbi Eitam Henkin, 31, and his wife Na’ama, 30, while in the back seat, four of their six children (four months to nine years) witnessed it in horror.

Thousands of mourners attend the funerals of murdered Rabbi Eitam Henkin, 31, and his wife Na’ama, 30, in Jerusalem.

Rabbi Aharon Banita, 41, and his wife Adele, 22, were pushing their two-year-old toddler in a baby carriage in a narrow alley-
way of the Old City of Jerusalem. An attacker appeared and stabbed all three of them, killing the father. Another rabbi, Nehemia Lavi, 22, seeing the tragedy unfold, rushed in to help. He was also stabbed and killed. The injured mother, with a long knife lodged in her neck and holding her child, pleaded for help. Bystanders, Palestinian Arabs, cursed and jeered, spat at her, or in the case of one Arab shopkeeper, sipped from a can of cola calmly and did nothing, before soldiers finally arrived, shot the terrorist, and saved her life.

A fourth rabbi, Yishayahu Krishevsky, 59, was killed when he was rammed by a car at a bus stop, then hacked to death by the driver wielding a meat cleaver.

To compare, is it possible to imagine four ministers being murdered so savagely in your community?

There have been hundreds more incidents. With the prevalence of smartphones and surveillance cameras, dozens of videos have been circulated showing unprovoked Arabs across Israel (women and teenage youths among them) assaulting innocent Jewish citizens or charging at policemen and soldiers.

A video camera recorded a bus being hijacked by two men brandishing weapons. One held a gun and fired at passengers, killing three, while the other walked down the aisle slashing people left and right with a knife. A video reenactment was posted on an Arab website within two days to celebrate.

Elderly, women and children have been stabbed brutally in the head, neck and heart. In many cases, alert soldiers were able to fire at the terrorists to prevent more deaths or injuries from taking place.

School directors sent letters to parents urging them to address the emotional trauma of their children–my son among them–who leave home on public buses, stand waiting at street corners, feel vulnerable outside the home. At bus stops every morning, I see men and women praying and reading Psalms privately. Citizen patrols have been resumed outside synagogues and public buildings, and worshippers are reminded to bring their personal weapons with them to the services.

What is at the root of it all? US Secretary of State John Kerry justifies the violence, blaming it on Israel’s expansion of settlements. US President Obama holds Israeli Prime Minister Benjamin Netanyahu and Palestinian Authority President Mahmoud Abbas equally responsible. Though he admits that Israel has a right to maintain law and order, Obama never condemned a single instance of Arab violence.

The European Union, like the United Nations, expresses concern about disproportionate measures by Israeli security forces. Nary a word is said about Arab attacks on Jews.

The news media are fixated on the Arab victims. Again and again, news reports ignore or minimize the context: that moments before being shot or captured by police, the Muslim Arabs had themselves knifed Jews with the intent to kill. Acts of terrorism by Arabs are labelled “lone-wolf,” unplanned actions by Palestinians frustrated by the occupation of their lands (sic). If only that were so.

A plan to achieve relevance 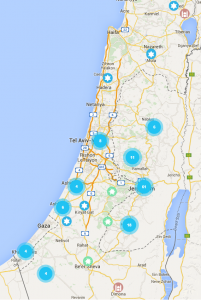 Over 800 violent attacks against Jews in Israel since Rosh Hashanah, September 15, 2015.

PA Chief Abbas is a calculating dictator. In the 11th year of a four-year term, he retains  power only because of his police force. The Israelis, in turn, tolerate him because, if he were overthrown, Hamas would take over as they did in Gaza.

By summer of this year, the drive for a new state was faltering. World attention focused on Islamic State (ISIS), Syria, Iraq and refugees storming Europe, not on the “Palestinian struggle.” Abbas needed to regain relevance and attention for his cause.

Continuing the incitement begun by Yassir Arafat in 1993, Abbas excoriated Jews in a September 16 speech, saying the Al-Aqsa Mosque (i.e. the Temple Mount area) needed to be protected from “defilement by filthy Jewish feet.” He blessed “every drop of [Muslim] blood spilled for Jerusalem. This is clean and pure blood, blood that was spilled for God. It is Allah’s will.” The incendiary speech was re-broadcast hundreds of times on Palestinian TV and radio. The population was seething. The cauldron was ready to explode.

For months already, Jewish and Christian visitors on the Temple Mount had been harassed by Muslim “religious police,” and fighting and arrests now became commonplace. Rent-a-mobs began showering tourists with stones and worse. Israeli police chased youths into the barricaded mosque and discovered a cache of fire bombs, pipe bombs and rocks, exposing the plot. The violence became front-page news in the Muslim world and Abbas blamed Netanyahu. The international media picked up Abbas’ accusations, and he gloated in the attention, his goal achieved.

The Temple Mount fighting was an entirely contrived scenario. Nothing had changed at the site where the Second Temple once stood. At the end of the Six-Day-War in June 1967, Israel’s victorious defense minister, General Moshe Dayan, made the tragic mistake of giving authority over the Temple area to the Muslim waqf, thinking it would placate the Arabs. Instead, that authority has been abused to goad and humiliate Jews and other non-Muslims ever since. Too, priceless arche-ological remains have been destroyed by the waqf in an organized effort to remove all evidence of Jewish history at the site.

There is another motivation for the attacks: Those arrested and imprisoned know the PA will support their families. Though ever complaining about financial shortages, the PA gives US$100 million an-
nually to families of terrorists in Israeli jails.

Ultimately, bloodshed spilled into the streets, as we are witnessing today, most of it at the hands of Arab citizens of Israel. Youths who attended Hamas summer camps were trained how to kill with guns and knives.

But even this violence is hardly new. History records that it has been present for centuries, for millennia, for as long as Jews have lived on this land–and they have done so, continuously, for 3,000 years.

Witnessing the deep-seated, visceral hatred of Jews, it is too simplistic to attribute all the strife to socio-political, cultural, religious differences. It is bigger than that, a genocidal hatred. Paul was right: “[We] wrestle not against flesh and blood, but against principalities, against powers, against the rulers of the darkness of this world, against spiritual wickedness in high places” (Eph. 6:12).

Next Another Year, but No New Beginning